Dean O. Bass is the Chairman and Chief Executive Officer of our company and the Bank and has served in those positions since our inception in 2008. Prior to joining us, Mr. Bass founded and served as President and Chief Executive Officer of Royal Oaks Bank, SSB, from 2001 to 2007. Previously, from 1996 to 2000, Mr. Bass was employed by Horizon Capital Bank where he served as Senior Vice President. Mr. Bass has been involved in the formation of several de novo banking offices and branches and has served in bank officer positions ranging from Executive Vice President to President and Chief Executive Officer/Chairman of the Board. Additionally, Mr. Bass was a National Bank Examiner for the Office of the Comptroller of the Currency from 1975 through 1979. Mr. Bass has served as a director and member of the executive committee of the Texas Bankers Association. He was the 2016 Chairman of the Community Bankers Council. Mr. Bass is an appointed member of The Woodlands Area Economic Development Partnership Board and the Greater Conroe Economic Development Council Board. Mr. Bass received his Bachelor of Business Administration degree from Abilene Christian University in 1973. With over 44 years of banking experience, Mr. Bass’s extensive business and banking experience and his community involvement and leadership skills qualify him to serve as our Chairman and Chief Executive Officer. 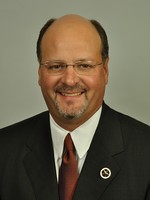 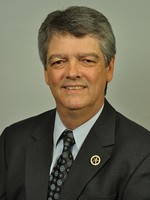 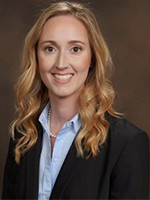 Allison Johnson has served as the Company’s Chief Financial Officer since November 2020 and served as Interim Chief Financial Officer from January 2020 until November 2020.  She held the position of Chief Accounting Officer of the Company and the Bank from 2016 until June 2021. Ms. Johnson began her career in the financial services industry as an auditor at Price Waterhouse Coopers and has spent the last decade focused on financial reporting in the banking industry. Prior to joining Spirit of Texas, she was the SEC Reporting Manager at Florida Community Bank, N.A. from 2012 to 2016. Ms. Johnson is a certified public accountant and has a Masters of Accountancy from Florida State University.